When it comes to sales, I have never believed there was a “right” way. There’s the way that works for you, that’s all.

I have seen salespeople with completely opposite approaches succeed. Salesman #1 takes the prospect’s hand in both of his and murmurs softly about his religious commitment. It works every time! Salesman #2 grabs the prospect by the necktie, pounds his fist on the table and shouts “You have to do this for your kids!” And that too, works every time.

Modeling behaviors that succeed for others is often good advice, but in the end the best advice is to be yourself.

In 1988, I was working at the Miami News. The City Editor (and therefore my immediate boss) was a guy named Paul Kaplan.

One day he sauntered up to my desk and said “I need someone to go up to Starke tonight and witness an execution.” Starke was the location of Florida State Prison.

“Not me,” I said, flatly, knowing full well that refusing an assignment was not an option.
“Why?” Kaplan sneered. “Are you saying you’re too sensitive to see a man put to death?”

Good newspaper reporters then, as now, I imagine, are loath to say that they are too sensitive for anything. It goes against the code of the intrepid reporter. It is not very macho, which is also part of the code.

Kaplan taunted me again. “Are you saying you’re too sensitive to witness an execution?”

“Me too,” he said, and walked away in search of another reporter.

Marketing lesson: As Oscar Wilde said, “Be yourself, everyone else is taken.”

In 1980, my editor, and therefore my boss, was a veteran of the news desk of the Detroit News who had recently moved to Florida, named Al Lowman. Al was a veteran newsman of the old school, which is to say he was deeply cynical, hostile to all forms of authority, could not be bought, smoked like a chimney, and had impeccable judgment about what was news. I deeply appreciated working for him and he seemed to think I was pretty good, too.

He stared at me over his reading glasses. “If you’re very lucky, young man,” he said, “you’ll find out.” And so I have.

Al paid me many compliments in the years I worked for him, but the one I treasured most came just after I had broken a pretty big story having to do with the misdeeds of a local private ambulance service.

“You know what I like about you, kid?” he said. “You don’t go to lunch with other reporters.”

He meant to say that although reporters really liked hanging out together, they weren’t going to get any news that way. I made it a habit to lunch with cops, and nurses, and attorneys, and private investigators and all sorts of people who seemed to belong to a vast underground network. They were the people you would see at a bad car accident at 3 a.m. or a house fire, or the hospital, or at a big drug bust after dawn. After a while, I knew them and they knew me. It paid off in great news stories again and again.

Today, I don’t go to marketing conferences. I go to legal conferences, where my clients and potential clients are. I don’t hang out with other marketing experts, much as I might respect them. I hang out with lawyers, from whom I can learn something about their needs, wants, fears, objections, ambitions and more.

I would suggest that if you’re, say, an attorney serving business clients, you are better off attending the local construction industry conference than a bar association meeting. (I’m not saying those are worthless. You might well learn new legal techniques or meet another lawyer who can refer business to you. But relatively speaking there will be more prospects for you within the market you serve.) By attending that construction conference, you’re going to learn an awful lot about what makes the people in that industry tick; who are the movers and shakers; what are the industry hot buttons, and so on.

It’s fun to have lunch with people who do what you do. It’s just not very profitable.

Today’s lesson is another from my boss in 1976, Jim Haggerty, Jr. of the Woburn Daily Times, where I was a young reporter and he was the managing editor.

In a daily newspaper in a small city, there appears each day a lot of names — hundreds of names — of local people. And for each of these people, having their name in the paper is a kind of thrill, a minor serving of fame. It’s very important to them. Jim taught me that misspelling a person’s name was the worst kind of hurt (you have spoiled their moment of fame) and insult (they aren’t important enough to have their names properly spelled). You also risk some racial or ethnic insensitivity. An Italian-American reader will sense quickly that the writers on the newspaper can spell Johnson with no problem, but can’t manage Piscatelli. An Indian-American will get the message when you can’t be bothered to spell Ramesh Sharma correctly.

But there was an even greater danger. “The entire premise upon which the newspaper business rests is that people can believe what they read,” Haggerty told me. “If they can’t trust you to get the names right in a football game or in a report of a three-car accident on Route 128, then why should they have confidence in any other thing you write, or any other thing that appears in this newspaper?”

Jim taught that if you weren’t sure how to spell a person’s name, you asked them to spell it out for you. If you still weren’t clear, you asked them to print it in your reporter’s notebook. If they weren’t able to tell you (because they were dead, for example) you got it off the police report and cross-checked it with the phone book.

This was all before the Internet, of course, and computer spell-check programs, and the many other methods we have today. But that just means that one of the best safeguards against error — the editor — has gone, along with the rest of the newspaper trade, the way of the dodo.

Nonetheless the lesson has stayed with me, and is equally relevant in marketing. A saying mostly attributed to Flaubert is “God is in the details.” I believe this. A fanatical devotion to precision, to correct details, is often what marks the difference between mediocrity and greatness. 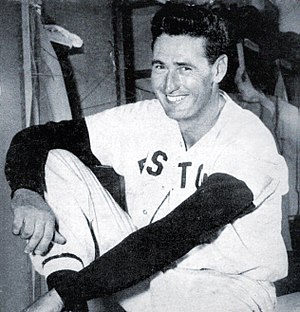 In John Updike’s famous New Yorker essay about Ted Williams’s last game, Hub Fans Bid Kid Adieu, he writes, “For me, Williams is the classic ballplayer of the game on a hot August weekday, before a small crowd, when the only thing at stake is the tissue-thin difference between a thing done well and a thing done ill.”

God and the Devil are both in the details.