…in which Victor and Mark discuss the nature of agency and why security is a myth, Victor’s hunt for the perfect house and the real estate agent from hell; the importance of reputation in the age of Yelp; playing the heavy; how it all comes down from the top; why you should hug your customer and why a clothing business is not about the clothing; why you should be a yes man (or woman); what Helen Keller knew about security (there isn’t any); the fable of the lion and the gazelle; why you should avoid dead shark syndrome; and what Eric Schmidt of Google, said to Sheryl Sandberg of Facebook.

I fly. A lot. Not as much as George Clooney in “Up In The Air” — but, a lot. And over the years the experience has become worse and worse. As somebody (I can’t recall who) wrote: air travel used to be a luxury. Now it’s the Greyhound Bus in the sky. I think that’s right, except that it’s unfair to Greyhound, which does a pretty good job with bus service, or did the last time I had occasion to use it. 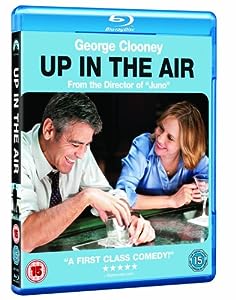 Cover of Up in the Air Blu-ray

The problem, according to industry analysts, is that the American public, by its buying habits, has told the airlines, “The only basis on which we will purchase an airline ticket is price.” We have no loyalty to brands, we won’t pay more for better service or wider seats, we want to get between point A and point B as cheaply as possible. This means that all airlines compete on price. At the same time, they are extraordinarily impacted by fuel prices. The airlines have responded in two ways: first by cutting costs (with the accompanying cuts in quality of service), and then by charging fees for everything they can think of. Most notoriously, this means charging for luggage, but everything is game: food, pillows, in-flight movies and internet service — anything that isn’t nailed down.

Spirit Airlines is the latest company to find a new way to squeeze you for an extra dime. They are now going to charge for you to put your carry-on bag in an overhead bin. The only free thing you may take on the plane will have to fit under the 17-inch seat in front of you, which disqualifies many of the women’s handbags I have seen. It disqualifies pretty much anything that is bigger than a briefcase.

Spirit may regret the decision, much as it regretted recently refusing to refund the airfare of a dying veteran. It was a non-refundable ticket, you see.

An article in Forbes took Spirit apart at the seams. OK, bad choice of words. An article in Forbes took Spirit to task. The experience of Spirit and that of United Airlines (search for “United Breaks Guitars” on YouTube) illustrates the power of social media and what happens to companies whose actions indicate that they do not care about their customers.